The pandemic changed the way I like doing shows.  When all the venues closed and events were cancelled, I decided to start staging music from my front porch, and found it to be a delightful way to make new friends and meet the neighbours.  A few weeks later, my lovely husband (and sound man) got me a generator, meaning I could take my music literally ANYWHERE  – and that’s just what I did!

I started finding unique green spaces – little parks, soccer fields, etc., and putting music there.  People loved it so much, I expanded the concept, recruiting other musicians/artists/talents which eventually turned into starting a not-for-profit organization called Community Isobreaker that stages COVID-safe, well-spread-out community-wide mini-festivals.  Fast forward to 2021, we have hosted a few of these, and I continue to do weekly jams playing familiar cover tunes in parks and greenspaces.

Performing in outdoor greenspaces, especially those where no music has ever been staged before, is absolutely the most wonderful way to perform….people are surprised and delighted, and a new memorable experience occurs in a place where one never before existed.   It also encourages any other musicians to try it themselves, once they see that it “can be done” in a place like that! 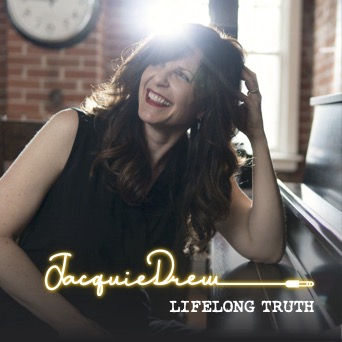 So what about my original music?  After spending the last number of weeks woodshedding to prepare my Album Release shows for Lifelong Truth (my 4th album)  – particularly because I plan to do them in a solo format using 3 loopers (quite tricky!), I’m now ready to get out and start performing my originals again.

The album was produced in Nashville by Canadian Juno-Award-winning folk/roots producer Steve Dawson, on all analog equipment, with real live studio performances.  This is by far the most beautifully produced album I’ve created yet, and I’m extremely proud of it.  Due to the pandemic, one song was recorded later than the rest – I’d put a cover tune on the album (a Ron Hynes song) and after he passed away, his estate was not able to reconcile giving me worldwide digital distribution rights to the song.  So I wrote one more song, which is called “Just Today”  – with the input of several Facebook friends/fans – it’s about the pandemic, and because of the restrictions, I had to record the vocals/guitar in my living room and send them to Steve to finish.  The sound isn’t quite perfect, but it is true record of the pandemic for me. 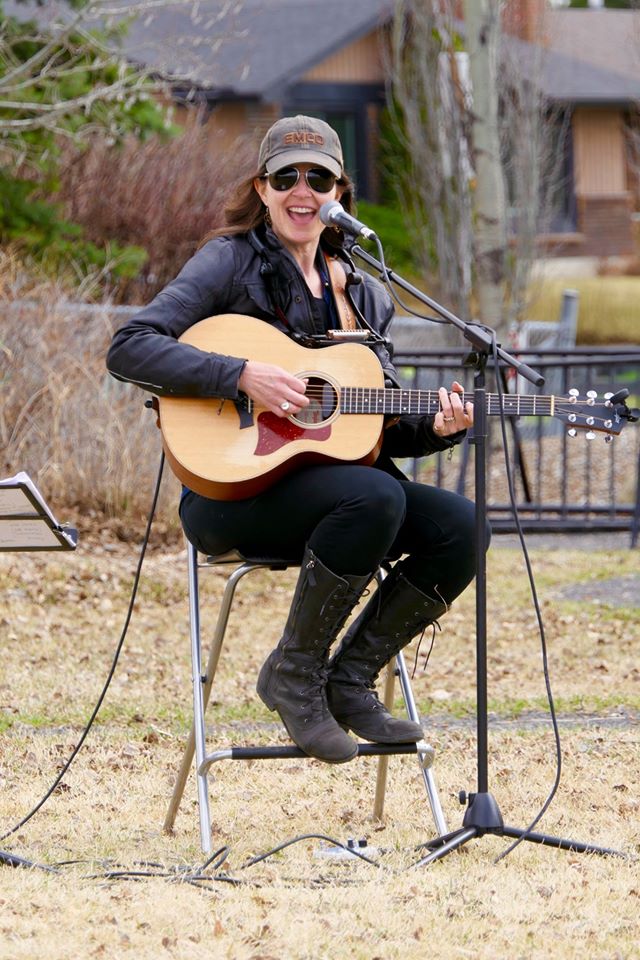 So where to do my shows?  Well, I’ve so enjoyed doing outdoor popups, that this is precisely how I’m going to my album release.

My home base is in Lake Bonavista of Calgary – but I’m going to get a few practice shows in and tour the concept around before really promoting a my show where I have my strongest fan base now (due to all the community events I’ve staged/performed in here).  So, Gary and I will be taking things around to neighbouring towns/areas for a few runs and working off the kinks…and then I’ll be back in Bonavista to perform in September for my main CD Release show… yahoo!

I’m not charging for these shows.  There’s no way to cordon them off anyway. But if people want to buy an album or some merch, I’ll have some there.  No pressure though!  I know most people get their music digitally these days, and I’m performing for the joy of it, not the money.

Follow me on my social media feeds if you’ve got a free Saturday night and want to see me play.  I’m going to try to do one each Saturday night 7 – 8:30ish, starting tomorrow night.

If you come to multiple shows, you may even see me improve…ha ha.

We’ll be announcing the locations on the day-of (this helps to keep the crowds small and prevents authority-types from trying to control where I play), so follow me on my social media feeds to learn where we’ll be.  All locations will be within 90 minutes of Calgary, and many in/around the city.

This is going to be a whole other level of performance for me, and I’m extremely excited about where this is going.

See you under the sky….and soon!